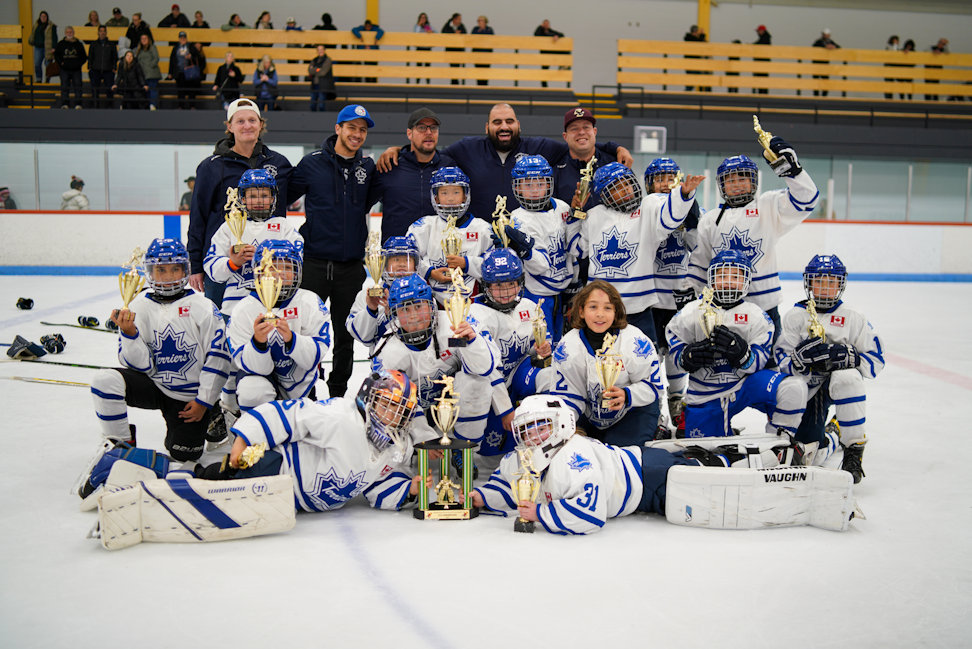 Every year, it’s a big unknown when it comes to what sort of team you’ve assembled as a brand new U10 AA entry. We were just off our tryouts and eager to play our first games to see what the end result of our hard work had provided us. We entered the Mississauga Early Bird along with 7 other very talented U10 teams. We finished the round robin with an impressive 3 wins and 1 loss, and advanced to the semi-finals against a very strong GT Caps team. The game was electric, especially in OT, ’cause we popped the winner after a short 3 on 3 battle. We skated away with a very exciting 6 to 5 victory. On to the Finals against the Mississauga Beast, touted to be the top team in the tourney. We erased a 3 to 1 deficit by tying the game with a couple of minutes to go, then winning it, in yet another 3 on 3 overtime victory. In over time, the Beast had a 2 on 1 and our goalie, Owen Podrecca, stoned them, so we grabbed the rebound, turned it into our own 2 on 1 going the other way, and popped the winner to skate away with a 4 to 3 victory and the trophy as the 2022 Mississauga Early Bird U10 Champions. Did we mention that both OT goals were scored by Blake Duerden. What a GREAT effort by every player.

Congrats to coach Chris and his staff and to the players who proved that the U10 Terriers are a team to be reckoned with!