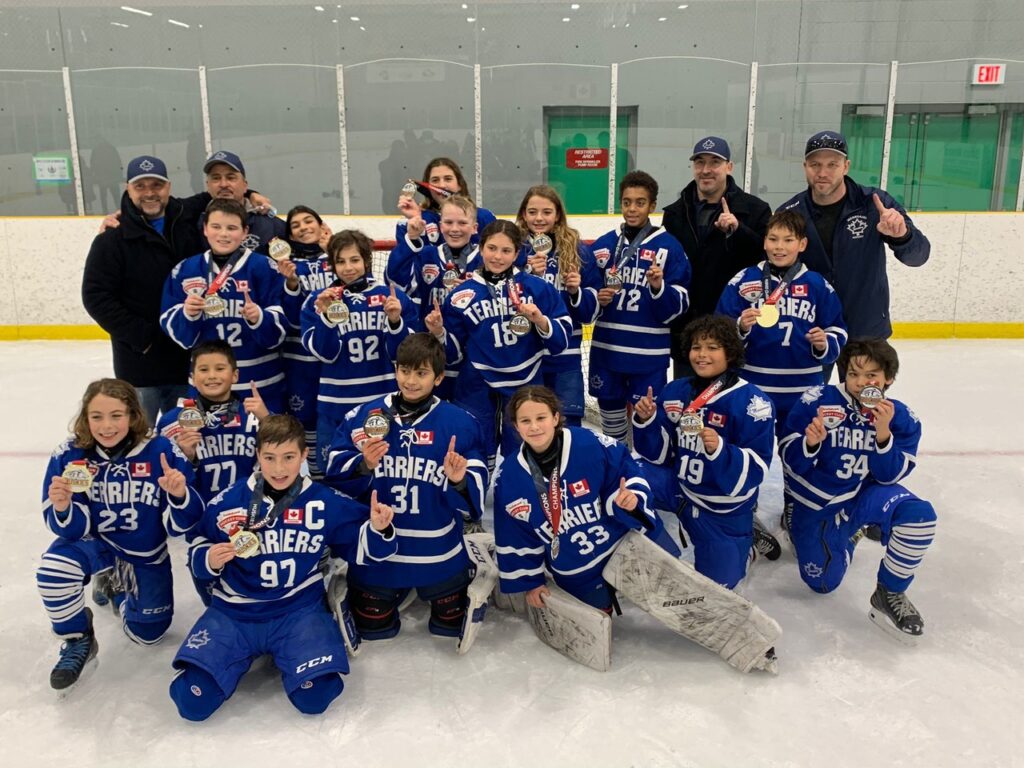 Coming off the heels of a strong 2nd place finish at the London Knights Green and White Tournament a week ago in London, the U12 Terriers didn’t waste anytime carrying their momentum forward into the Huskies Classic Tournament this weekend, in Hamilton.  In the round robin, the team had strong games against their competitors, which included 2 wins and 2 ties to have them finish in 2nd place going into Sunday playoffs.  The semi finals had the Terriers come out on top against the highly ranked Oakville Rangers beating them 6-1 after an initial round robin tie.  In the finals, the Terriers faced their 2nd rematch of the tournament against long time rivals, Milton Winterhawks.  The Terriers came out firing on all pistons and had the Winterhawks on their heels the entire game to cap off a great 4-1 Championship.  After the game, the players  and Assistant coaches made Head Coach Vic, uphold his promise of busting his infamous dance move: ‘The Worm’, back in the change room!

Congrats to our U12’s.  They once again made us proud!