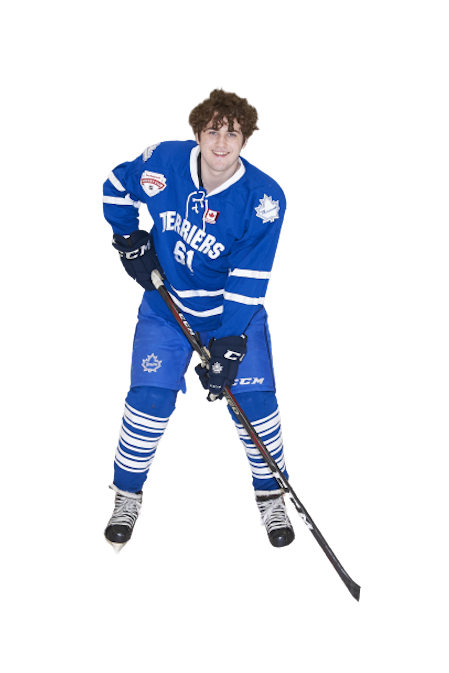 The Matthew MacIntosh, “His Fight Is Our Fight” campaign is running strong. Thank you to everyone who is working to support Matthew and the MacIntosh family in their fight against Leukemia. If you’d like to learn more about it or to donate, please click on either image.

Our U18 Terriers captured the title at the Stratford Regional Silver Stick on November 6th. Just a couple of short weeks after learning that their friend and teammate, Matthew MacIntosh, had been diagnosed with a rare form of Leukemia, this determined group of young players went out and proved to the hockey world that resolve and determination can overcome any opponent. They finished round robin play with a 2-0-1 record, which was enough to get them into the semi-final round. They made the most of their opportunity and beat the Toronto Shamrocks 2-1 to advance to Sunday’s final, where they would face their archrival, the Oakville Rangers Red. “We scored early in the first period, and we hung in there and held them off for the big win!” commented coach Mark Hrinco. This was the 4th meeting of the year between these two teams and all of the games have either ended in a tie or been one goal nail-biters. Congratulations to each and every member of this team and the entire coaching and support staff. We are very proud of your accomplishment.

Every year, it’s a big unknown when it comes to what sort of team you’ve assembled as a brand new U10 AA entry. We were just off our tryouts and eager to play our first games to see what the end result of our hard work had provided us. We entered the Mississauga Early Bird along with 7 other very talented U10 teams. We finished the round robin with an impressive 3 wins and 1 loss, and advanced to the semi-finals against a very strong GT Caps team. The game was electric, especially in OT, ’cause we popped the winner after a short 3 on 3 battle. We skated away with a very exciting 6 to 5 victory. On to the Finals against the Mississauga Beast, touted to be the top team in the tourney. We erased a 3 to 1 deficit by tying the game with a couple of minutes to go, then winning it, in yet another 3 on 3 overtime victory. In over time, the Beast had a 2 on 1 and our goalie, Owen Podrecca, stoned them, so we grabbed the rebound, turned it into our own 2 on 1 going […]

Molding Our Future, One Player at a Time

We believe our organization is about all the characteristics that are associated with excellence.  As a Club, we stress fair play, sportsmanship and dedication.  In return, we expect our team staff, parents, spectators and most of all our players, to display the same characteristics.  The game of hockey requires a great deal of intelligence, athletic skill, mental toughness, physical strength and a competitive nature that knows how to win with humility and lose with dignity.  Winning may seem important to many, but we don’t view winning as the only measure of a successful season.  We view these other values and life lessons that come from participating in the game as our measure of success.

Our Philosophy is “Do it for the Kids”.  We expect this philosophy will continue to permeate the entire organization for many years to come. We operate as not-for-profit organization and rely heavily upon sponsorship, fundraising efforts and most importantly on the tireless work and dedication of our numerous volunteers who are willing give their time to forward our values and principles. 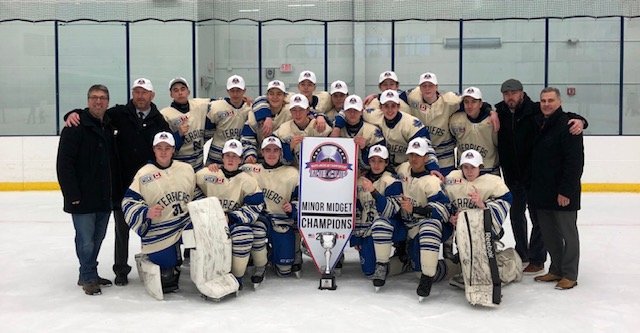